The Love Series: you can type but you can't touch 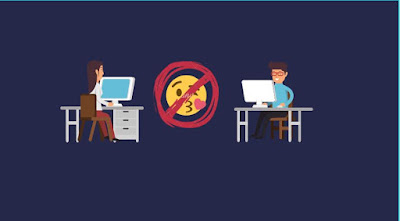 Imagine this. Somewhere in London, there’s a statuesque thirty-year-old man working for a prestigious company. He is in a serious, long-term relationship with his live-in girlfriend. They’re both very active (and reasonably popular) on Instagram: fit, good-looking people with well-paid jobs and a variety of healthy hobbies/philanthropic activities on the side. It’s the perfect Instagram couple, sparking that stinging feeling of inadequacy that us single, average-looking onlookers with minimum-wage jobs and no definite skincare routine know all too well.

But they don’t know what I know. The truth, as it’s often the case, is different from the virtual reality they force-feed us. Mr Insta-boyfriend of the year happens to be cheating on his partner with, well, my very good friend Francesca*. My friend is young. She looks young (which is why all the old creeps seem to be drawn to her). Sometimes she acts young – and you can tell from the fact that the man used the oldest tricks in the book… and she still fell for it.

Their story began when the womaniser du jour initiated an unprompted exchange of flirtatious work emails (I never thought the two things could go together but I’m happy to be proven wrong, wink wink). Now, forgetting for a second that this is 2019 and in a post Harvey Weinstein world you should know better than sext with someone who is effectively your subordinate in the work hierarchy, I was impressed by the savoir faire of the Casanova of Microsoft Outlook, who prematurely set to live his Lolita dream at my friend’s expense.
The emails turned into iMessages turned into late-night phone calls turned into strategic Instagram stories. So, following the millennial patterns I have come to know so well, we can all conclude that the next step must have been, well… sexual intercourse! Duh!

Well, just like my friend, you’ll be disappointed to hear that that is not what happened. In the months spent texting and calling and instagramming, she fell head over heels, but she never entertained the possibility that she could get anything other than sex from this guy. She never had dreams of a life together. She never asked him to leave his majestic skyscraper of a girlfriend to be with her. She came to expect the only thing he circuitously promised in the year spent writing sexy eSonnets about what he would do to her: S-E-X.

Imagine being relentlessly teased for a year by the lost Hemsworth brother: she was imploding! The poor woman survived months of belligerent verbal blue-balling, it was the (metaphorical, sadly) climax of her life – but she never arrived.

So what did he do to her? You ask. Nothing. Absolutely nothing. He would not put out. When a year later the planets aligned and time had finally come for them to do the deed, she was bursting with anticipation. A year-long build up towards the sex encounter of a lifetime culminated in him leaving her house five minutes later because he couldn’t get an erection.

And that’s pretty much where this sad story ends. I can only imagine how she felt. It must have been like watching Titanic all over again, sitting through three hours of suspense and promise of life-changing romance just to see the ship go down (this metaphor ended up being more literal than I had intended).

In the role reversal of the century, she came to want sex and he ended up wanting… God knows what. When it started, this sounded like the oldest fairy-tale in the book: the older, charming man hitting on the younger woman. But then it turned into something else. Which made me realise… the creeps are evolving. But the direction of their evolution is still unclear. In a thousand years, the archaeologists of dating will look at the fossils of the homo millennial and ask themselves: "What the hell does this all mean? I’m going for a drink.”

They cheat but they won’t fuck. They type but they won’t touch. It’s the endless teasing of a sexless generation, grown men promising sex and delivering pathetic excuses. Why do they do it? Is it to escape the routine of a monogamous life that just doesn’t fit the needs of the modern man? Is it a ploy to feed their wounded ego and revamp their dormant sense of masculinity? Have all the kale and avocado smoothies permanently killed their libido?

Our boomer frenemies are looking in disbelief, silently judging us as they look back at the promiscuity of their youth, when they got it on in the back of their Mustangs to the tune of Bruce Springsteen’s Born to Run. Those were simpler times. Sure, when you think about all the unwanted pregnancies and STDs, I’m not sure our hippie parents are the best place to go to for inspiration. But God, they sure knew how to have fun.

*I changed her name 'cause duh