The Love Series: How Love Island is Fixing Broken Britain 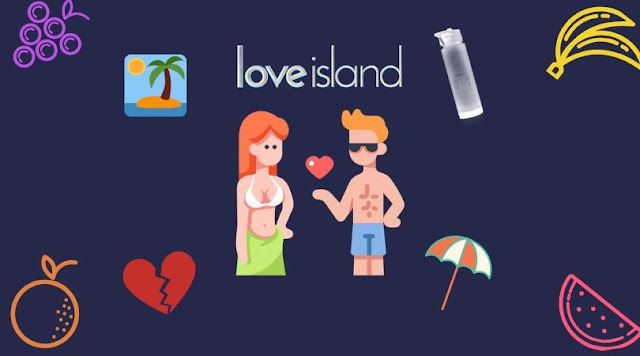 As another season of Love Island comes to an end, I am taking some time to reflect on what I have learned from it and what the fact that I watch it (and enjoy it) says about me as a person. I’d like to tell you I am too smart for it but the truth is… I am clearly not, so no point in faking it.

In fact, I am a simple man. I’d choose Love Island over Lars Von Trier any day. I don’t need no high-brow, avant-garde conceptual crap. I just like to revel in the old yet eternally relevant narratives that universalise the human experience because of their banality – and not despite of it.

I watch and I am hooked. I must know, I need to know. I want to get lost in the endless ping pong of she said/he said. I want to lose myself in the hamletian dilemma: did she get a boob job… or did she not? This is the question.  I aim to find comfort in the prehistoric archetypes of human behaviour that the producers of the show exploit so skilfully for our enjoyment. They’re trite and unoriginal - but still incredibly popular. And you know why? They are endlessly relatable.

We have a violent appetite for things and situations we can identify with. And the Love Island authors are giving us exactly that. Between an Uber Eats commercial and a personalised water bottle ad, we see bits of our lives acted out by bad actors with very good hair and unintelligible regional accents.

What is relatable about a bunch of unrealistically good-looking people locked in a luxury Spanish villa for two months? You may wonder. I know, Linda, you’re 5’2 with pale skin and Michael Fabricant hair and the closest you’ve been to Spain was when you got Tesco’s Finest Tapas Selection for your sister’s barbecue in South Croydon.

But listen for a second… isn’t it so terribly easy to feel for poor Amy, abandoned by the man with whom she had envisaged a bright future? Isn’t it natural to feel for Anna, fooled by the guy who asked her to be his girlfriend and then proceeded to crack on with a voluptuous page-3 girl less than 48 hours later? Can’t we all recognise the painfully familiar facets of “bro culture”, the one where five guys whacked on protein shakes encourage one of their dim-witted peers to proceed and ruin a girl’s life because “you’re only human bro”? It’s the classic pattern of delusions and disappointments that taint our love lives and are now replayed on national television for everyone to see. Don’t you recognise it?

And here I am, sitting in front of the silver screen with a glass of Echo Falls and a bowl of chow mein, sharing my indignation with my equally outraged friend Atina, as we both contemplate the possibility of a life of celibacy due to the painful realisation that that’s exactly how dating works in real life, too.


God, when did reality shows become so… real? I don’t care how heavily produced each episode is, what I know is that I choose to believe in the power of sisterhood when Maura has a go at Anna’s cheating boyfriend and tells him to “shut yer mouth ya prick” in her sweet Irish accent. I sympathise with Maura’s horniness after a month-long dry spell (I can’t, however, fathom how she could ever be attracted to a creepy sociopath who insists on referring to women as “lovely young ladies” and believes that cheating is a token of courage).  I fully understand Bell’s anger as her beau Anton carelessly gives out his number to average-looking Spanish till operators because “uh ah eh yo bro dope”.

It’s a bit like going to the zoo and seeing something of yourself in the caged animals and the primal instincts they display so shamelessly. It’s an outer body experience, an anthropological ethnographic evaluation… with sexy slow-mo shots and personalised online merch. These people seem so far away from us and our world but at the end of the day… we’re not that different. A David Attenborough documentary and a dating show, it turns out, are more similar than we care to admit.

I am not surprised that this format has become so popular (ITV has just announced its plans to launch two series in 2020). It doesn’t matter if the content is good. It’s emotion that drives its popularity. Viewers see themselves in these people and their stories, they feel strongly about them and they need to say it out loud. At the pub, during their lunch break, on social media.

In a time of deep division, Love Island gives us something to talk about that doesn’t alienate us but brings us together. It doesn’t matter if you voted Leave or Remain or if you think that Negroni is indeed the drink of the summer (it’s not)… you are all going to agree that Michael sucks and Ovie is L-ovie-ly and Maura (yes, her again) is the best reality character to ever grace our screens.

Love Island is the glue that’s keeping this fractured country together and preventing it from drifting into the North Sea and make an actual geographical exit from Europe. The abnormalities of our dating lives are normalised and broadcast to an audience of six million, for everyone to collectively cringe and cry and laugh.

After every episode, we look at each other with a look that says “yeah girl, me too”. And It makes us feel more normal, less alone. When I think about my crazy life, it’s easy to feel like my struggles are unique and to end up wondering “why does this shit always happen to me?”. But then I turn on ITV 2 at 9 o’clock, and everything just falls into place. I am just like them, I think, just with less abs… and way better grammar.