This was meant to happen, sooner or later. I bet you all saw this coming. I mean, everyone who knows me has heard me complaining about any form of public transport at least once. And after spending one year in the busiest city in the world, where the tube is basically a national institution just like the Queen and cucumbers in sandwiches, I am ready to speak out.

Even though I promised myself that I wasn't going to merely look through all the legendary stereotypes about public means of transport, the circumstances force me to mention at least some of them, clearly enriched with the inedited shades of absurdity that have been coloring my life since its very beginning.

I'd start by describing you one of the most uncomfortable situation that my daily life offers me.

No, wait, I'll reword this.

I am not talking of one particular episode. I mean, that's it: my life is an uncomfortable situation.

But let's start from the beginning.

I wake up in the morning forcing myself to keep a positive attitude towards life: I go out, take a deep breath and I drink the first of 456 cups of coffee, listening to spotify playlist such as 80s SMASH HITS while I make my way to the station. 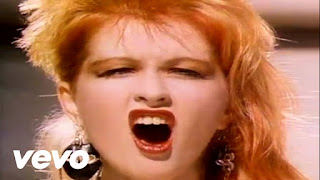 I really really try to wake up early because I clearly don't wanna be late (being late for a lecture at uni means having to undertake an endless walk of shame from the entrance to one of the seats on the back under the ruthless eyes of teachers and 70 classmates who seem to focus on the invisible scarlet letter L (meaning: LATE, BIAAATCH!). 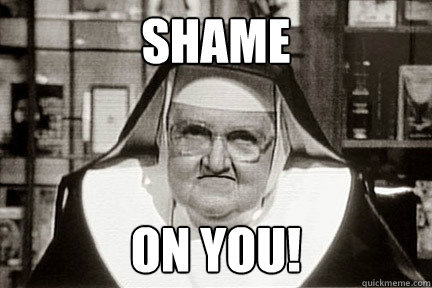 So I wait 15 minutes for my morning train aaaaaaaaaand... it's full.
From behind the glasses you see grumpy faces of horrible people who all look like monsters to me: they stand, silent and angry, looking at me from behind the doors, and their evil eyes seem to say 'you know you're not getting on the train don't you'. And in fact I don't.

When I finally manage to get on another train I end up sitting next to a lovely lady who smells like she took a rejuvenating bath in curry and other mysterious spices, spreading their smell all over the city like a medieval infector of Black Death. On the other side, instead, there's another lovely man whose morning breath is a caress on my face: a gentle breeze of death and decay.

And here we go, I finally get off and try to make my way out of the station and  run to school.
I wish it was that easy: I have to face the uncertainities of the people walking in front of me, who suddenly stop in the middle of nowhere to contemplate the beautiful primrose tiles of the station who obviously are really interesting to stare at for reasons that I still fail to understand, producing a pedestrian traffic who highly contributes to the creation of an atmosphere of social panic.

So I try to contain my unstoppable desires to kick them in the ass while screaming GET THE HELL OUT OF MY WAY and go on with solid styleand elegance. And I finally arrive at school.
But then five o' clock comes, and it's time to go back.

And, universally speaking, 5 o' clock  for commuters is the black hour, the time of the devil. It's that moment of the day in which the thin borders between earth and hell magically vanish: IT'S FREAKING RUSH HOUR.

All the people finally leave their offices in the City to go back home while I leave my university after an amazing Media Law lecture with the wise purpose of keeping me away from defamation, contempt of court and invasion of privacy now that my journalistic adventure has started.
The train is full, there is no space, not in lenght nor depth: I am squeezed like a sad anchovy in an even sadder jar. And a nice young lady is standing next to me.

Me, I'm clumsy as always: a rucksack, two books,  a newspaper and a coffe to go in my hand. Yet, the same hand is trapped in a tiny section of space that happens to be occupied by the ass of the aforementioned nice young lady. The train moves, my hand can't avoid the inevitable touch of her booty booty.

I start sweating. I don't how, but she manages to turn around and throw me a look full of contempt and dislike, the same look that women usually give to the lively  molesters in their mid-60s. I respond with a silly smile, uncapable to even wipe the sweat from my forehead because I clearly can't move any other part of body than my facial muscles and lacrimar glands.

Then the train stops, I am still clearly uncomfortable and I get off at a random stop to avoid the possibility of receiving an official complaint for sexual harassment.
And I get on the next train. The situation is basically the same, but I manage to find a safe spot in the place reserved to disabled people and mothers with cumbersome strollers (and God knows if London is full of them).

And... here they come: one woman with 5 children in 5 different strollers who clearly devoted her life to the continuation of the human species (I can't give any other explanation to her need to procreate other than this).

And my personal hell goes on and on and on until I finally get home and call my mother to complain about the fact that I am still a poor student and I am so bad at driving so I am probably going to have to use to the tube for the rest of my life in this cruel world.