The Love Series: Dropping the L-bomb 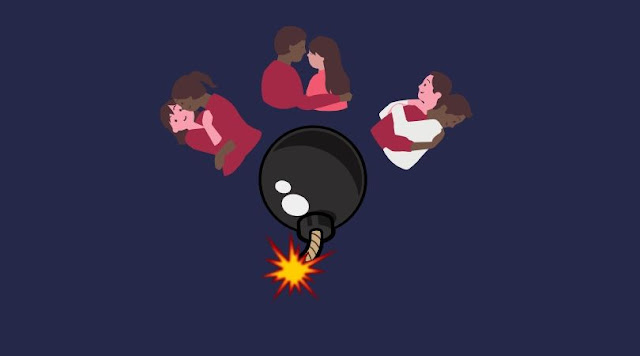 So not too long ago, at the end of a pleasant evening with a refreshingly normal person I had recently met, my date walked out the door, gave me a hug and casually blurted out the words “I love you”. My brain stopped working for about thirty-five seconds before I regained my composure and solemnly proclaimed: “You’re not supposed to say that.” I closed the door and resumed my ordinary Sunday night activities (eye cream, Love Island, hash browns).

But I couldn’t stop thinking about it. It must have been a misunderstanding, I thought, a nervous tic, the language barrier, the Russians. That couldn’t possibly be true! And when I was about to finalise my diagnosis (it’s Tourette's, I’m sure) my phone screen lit up. “Sorry. Just something I say to friends when it’s time to say bye, don’t make too much of it.”

It’s not anyone’s fault in particular. I blame it on the English. Not English people (I’ll let you off on this occasion) but the language. How is it possible that in the long, complicated history of such a rich language it never occurred to anyone, not even Shakespeare, to come up with a different way to say "I love you" for friends and family and dogs and other living beings that you’re not romantically involved with?

That’s often the case in other European languages. In Italian, "Ti Voglio Bene" is different from "Ti Amo", which is romantic in nature. The Spanish would say "Te Quiero" to a friend but save "Te Amo" for their significant others. Even in German, notoriously NOT the language of love, there’s options to choose from:  “Ich hab’ dich lieb” for family and close friends and "Ich liebe dich" for your other half.

But not in English. Nope. You guys always have to be special. My guess is, the Oxford dictionary run out of space so you decided you didn’t need a chill way to let some know that you love ‘em in a non I-want-to-marry-you-and-have-your-babies way. That’s the only explanation. 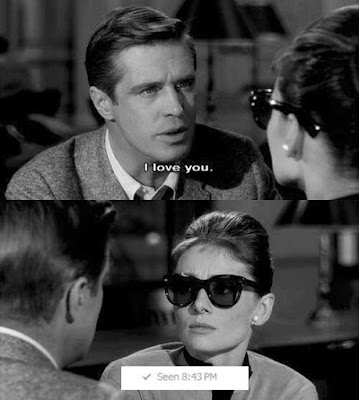 It’s hard, man. But also, we make it hard. Love is a human instinct. I would say it’s second nature to us, but even that is not entirely accurate: love is our nature. So how is it that expressing it has become such a big a deal? Why are people so scared of the L-word? For the lucky ones among us, it’s mainly about timing, for the others, it’s down to fear of committal and other underlying issues that their partners should address with a professional. Or a member of the clergy.

So what is it that people do in these situations? Luckily, I keep receipts, so let’s crack some numbers – courtesy of YouGov. A survey from a couple of years ago showed that 16% of Brits reveal their feelings within the first month of a relationship. The majority of respondents, however, say "I love you" within two - three months of being together. But let’s look at some of the numbers that are more relevant to my experience: the extremes. It appears that 3% of the people interviewed have said the L-word within a week (I’ve met all of them) while an equal amount of people have never said I love you to their romantic partner – and chances are that you have met some of these, too.

Yes, maybe you don’t want to be part of (either) three percent. But if the person you’ve been seeing for six months feels faint at the mention of the word "love" maybe, just maybe, you should consider packing your bag, buying a wig and getting a one-way ticket to Guadalajara, Mexico. And never come back. ‘Cause he or she is guaranteed to ruin your life with that non-committal bullshit.

But then again, if you do say "I love you", you’re the crazy, needy one. Verbalising one’s feelings has become a sin, a sign of weakness, a display of insanity. We are freaked by the world "love", probably because we don’t understand it. Somewhere between refreshing our Instagram feed and watering our houseplants, we forgot to google it.

So let me explain something to you. An admission of love is not what should freak you. In fact, that’s the easiest part! It’s an instinct, a feeling – you don’t have to work too hard to feel it, you just do. And sometimes, sadly, it’s just something people say, and it bears little meaning.

The last time someone told me "I love you" (in the romantic sense), what I thought they meant was: “I want to commit to you, your happiness is important to me, I love all of you, the good and the bad, and I promise to stand by you when the going gets though.” What they really meant was: “you’re cute, I don’t mind seeing you every day and the sex’s alright so I don’t mind if I can’t have it off with other people as long as you stay this idealised person who tends to my needs and doesn’t complain. And it’s better than being alone anyway.”

But love, friends, means appreciating someone even in the moments when they can’t be cool and cute, because life's a bitch and you need to pick them up and help them navigate the bad times because their happiness is your happiness and they would do the same, if not more, for you.

The bottom line is, you do you, boo. Say it, don’t say it, write it on the back of a receipt and slip it in my rucksack, live-stream it on Instagram, leave me on read. I genuinely don’t care. But if you want me to know you love me, then sit with me in the hospital lobby next time I get an ulcer, force your friends to attend my first book launch, help me fill out my tax return form, buy a present for my mother.‘Till then: talk to the hand.