The Love Series: Birdboxing - The Dating Trend Nobody Asked For 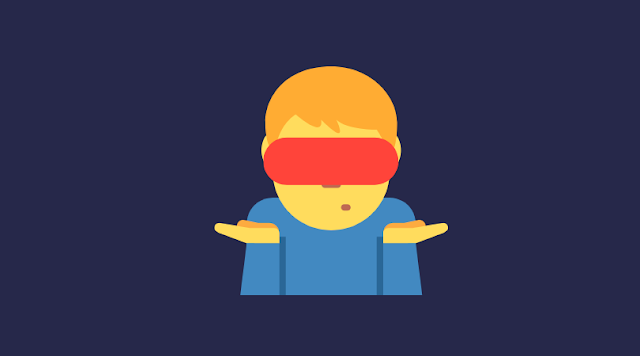 A few days ago, I got a text from my good friend Maria, lamenting the fact that she’d been ghosted (again) by the fuckboy du jour.  I got to thinking about a worrying pattern of behaviour that I’ve observed in some of my friends, brilliant and beautiful people who insist on dating frankly disgusting men and women, refusing to admit just how awful their partners are.

This is not a millennial trend per se. It’s something that even our ancestors got caught up in. Even freaking Anne Boleyn had the guts to call her husband Henry VIII the “gentlest prince that is” moments before he had her head chopped off just so he could legally get in bed with Jane Seymour. Anne, dear, listen to me: your man is about to let the crowd play bowling with your head and you’re still fawning over our royal fatness? Snap out of it!

But then again who can judge her? I like to think I am too self-respecting and dignified for that but I must admit that I have, on more than one occasion, pulled an Anne Boleyn in the past, in an attempt to justify my infatuation with prime examples of human garbage undeserving of my time and attention. Sure, my case didn’t involve decapitation, but you get the point.

This example goes to show that the habit of blindly believing in the invisible qualities of our object of desire while ignoring the clear signs of their insipidness and mental derangement has been around for a long, long time. Millennials just gave it a name: birdboxing, after ‘Birdbox’ the film in which queen Sandra Bullock fights for her survival against invisible demons while completely blindfolded. Which to be fair is a fitting metaphor for my dating life.

The world is full of horrible people, if you as much as dip your toe in the filthy (and shallow) pond of the millennial dating scene you will realise the extent of the emotional devastation that surrounds us. It’s like night of the living dead, but the zombies use beard conditioners and wear Dr Martens and won’t stop talking about the last season of Black Mirror.

Once you come to the sad realisation that pretty much everyone’s a twat you’ve got two choices: build a shed in Hackney Marshes and withdraw to a life of celibacy and contemplation, or apply an emotional (and in some cases, literal) blindfold and just ignore the fact that pretty much every potential romantic match out there is a real-life version of Warner from Legally Blonde/Regina George from Mean Girls.

You may have to try hard at the beginning, when the red flags are literally being thrown at your face, but once you train yourself to ignore all the warning signs then it’ll just come naturally. And that’s pretty much when the trouble begins. Once you start with the birdboxing, there’s no going back. You’ll quickly go from blindfolded to… blind. No amount of disappointing conversations, low hygiene standards or controversial takes on the topic of abortion and free healthcare will be enough to convince you that maybe, just maybe, you should get the fuck out of this relationship, block them on all social media platforms and get a restraining order.

It doesn’t matter what people tell you and how much they try to open your eyes, you’ll stand proudly on the pile of garbage that is your partner and defend it with passion and conviction. When feelings are involved, confirmation bias is your best friend – and probably the only one you’ll listen to.
Some people take it to the next level, and even in the face of overwhelming evidence of their partner’s unfitness for purpose, they’ll come up with the most imaginative excuses not to admit that if it looks like shit, and if it smells like shit, then most likely he or she is, indeed, a piece of shit.

But no! “Oh, he had a hard life” – well guess what, Lucinda, so did many other people but they didn’t all turn into pathological liars with fear of commitment! “Oh, but she’s so deep!” – no, no, no!  You must not interpret each silence or monosyllabic response as an enigmatic riddle that, if solved, will open the door to the kaleidoscopic inner world of your significant other. Most likely, when they say nothing and stare at you with vacant eyes they’re not trying to decipher the philosophical implications of ethical relativism, they’re probably just trying to remember where they parked their car. “But I can change him!” – oh hell no, first of all, you can’t, and second of all… ain’t nobody got time for that! You can’t go all Mother Theresa on these people, it’s a waste of time! You’re not supposed to change them, educate them, teach them. You can’t put them together if they’re not together when you find them. Who the hell needs an Ikea partner? Go get yourself a pre-packaged, pre-assembled significant other that is low maintenance and ideally not mass produced.

The things you chose to ignore today are the same things that will make you cringe tomorrow when you’ll look back and think “oh Lord what on God’s green Earth did I see in him/her?” Do yourself a favour: next time you’re in that situation, take off the blindfold, end the cycle of misery and leave Sandra Bullock to deal with that shit. You'll thank me later.