The Love Series: An Antidote to Bullshit 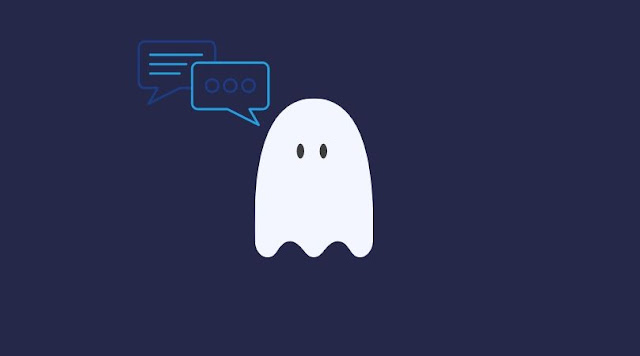 I used to think I was quite good at reading people. In my daily interactions with other fellow humans, I’ve always found it relatively easy to get the right message, read between the lines and limit the potential for misunderstanding. Recently, though, I’ve come to the realisation that my reading super-powers, attained through years spent watching Ted Talks on emotional intelligence, immediately vanish when I’m near someone that I am romantically involved with. You could go as far as to say that dating is, indeed, my very own kryptonite.

I could illustrate my point by sharing a couple of personal anecdotes, but too many of the “persons of interest” read this blog and I can’t deal with another angry Whatsapp voice note today. Luckily for me, however, my friends allow me to exploit their experiences with dating and turn them into cautionary tales for my readers to cringe on. So here goes.

My friend Greg from back home dated a girl named Hannah for a couple of weeks. She messaged him constantly - including a generous amount of heart emojis in at least three different colours. Powerful stuff. When they were together, she couldn’t keep her hands off him. She even introduced him to her friends and on one occasion offered to go to a doctor appointment with him.

The signs were clear. Any reasonable person would assume that Hannah really liked Greg, that she was indeed really serious about dating him. However, as soon as Greg felt comfortable mentioning the possibility of a committed monogamous relationship, Hannah began experiencing severe discomfort and repeated bouts of diarrhoea. She then proceeded to stop answering his texts and disappeared from the face of the earth. She byefeliciad him in the most brutal way known to the millennial man: she GHOSTED him.

Greg and I got together for a post-mortem examination. We both reached the same conclusion: Hannah did not suddenly change her mind. The truth is, she never wanted anything serious in the first place. “But she clearly acted like she did” Greg cried, as he dug into a bag of Golden Virginia to roll another cigarette.

Now, I know what you’re thinking. Hannah is a bitch. Mystery solved, nothing to see here. The truth, as Queen Rebecca Bunch said, is a lot more nuanced than that. Whilst I am not opposed to this perfectly valid theory, I regret to inform you that… the world is full of Hannahs (of all genders and sexualities) and that such occurrences have become the norm.

Did she mislead him on purpose? Kind of. Did she think that tricking him into believing that she was interested in a relationship would make him easier to manipulate for her own gain? Probably. What she didn’t know, though, is that he would have been perfectly okay with a casual FwB kind of situation if that’s what she wanted. She could have done the right (and easy) thing but she refused. Why?

We live in a ruthless climate of mutual prevarication. In the job market as in dating, it’s every man for himself. We think that everyone’s out to get us… so we must get to them first. If you don’t deceive and mislead, someone will do it to you. We find difficult solutions to basic problems and we seem to have forgotten that things can be... simple. That sometimes a five-minute honest conversation can spare us five months of unbearable trouble.

Luckily, I’m at a point in my life where I am not taking any shit from anyone. When it comes to doubts and possibilities, I’ll just confront you head on. So I’ll do what I can do best: asking uncomfortable questions (at an early stage). I am usually able to get an honest answer and get on with life.

I do see why some people may perceive my brand of directness as abrasive and intimidating. But just like Cardi B, I ain’t got no time to chill. And plus, it’s for your own good, really, because the honesty thing goes both ways.

The practical stance I have adopted is less of an empowering statement and more of a survival technique. It’s absolute carnage out there and I refuse to go gentle into that good night (the good night being the criminal waste of time with mischievous pathological manipulators who should really be banned from dating).

Obviously, it doesn’t always work. And I still get my share of disappointments. But listen up, ladies and gentlemen, you shouldn’t feel discouraged if, when it comes to dating, you always end up with the short end of the stick. The good ones are those who have it worst. So don’t lose hope and remember: your twenties are for figuring out a plan (and that involves a lot of painful lessons), your thirties are the time to execute it. Your forties, of course, are for botox and divorce – but that’s a story for another day.

I urge you to be a bit more analytical about these things. The autopsy part of a relationship (or the multiple millennial variations of a relationship) is often the most important in the long run. The more you educate yourselves on the realities of modern dating, the less likely you are to find yourself falling for another twenty-something Joe with bad skin or an Insta-Linda with daddy issues.

To the partners of the future, I say: always be honest with me, even if you think that I won’t like what I hear. What’s the worst that can happen? I’ll resent you for about 45 minutes, write a couple of lines about you in my column and promptly forget you ever existed. Or I might keep a fond memory of you as a refreshingly honest and considerate person. We may even stay friends, for God’s sake! For the rest, I’ll find comfort in the philosophical resolution generously gifted to us by Kris Jenner at the end of Ariana Grande’s video: thank you next, bitch!