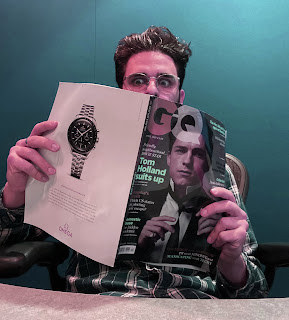 Welcome to Valerio's Press Review, the series in which I read a magazine or newspaper (okay... look at the pictures) and write mean things about the people in them. It's fun! 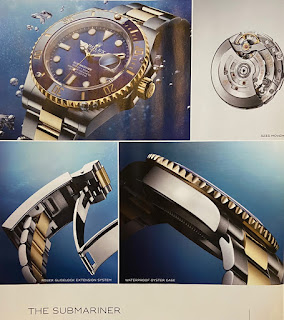 A revitalising afternoon of clam-digging on Southend beach? A day of snorkelling by the port of Dover? Make sure you pack Rolex’s newest submarine watch! You don’t want the fish to think you’re poor. 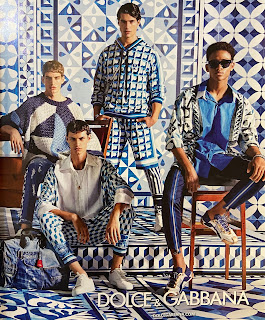 Dolce & Gabbana’s latest collection. The question on everybody’s lips is: do you really want to look like your rich friend’s beach house bathroom? The answer is, and always will be, yes.
3) 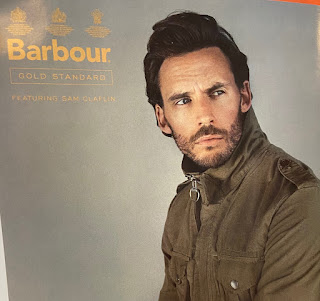 Sam Claflin for Barbour. A GQ insider told me that his puzzled expression is due to the fact that, for the whole duration of the photo shoot, Sam couldn’t help but wonder if he’d remembered to feed the cat before he left his flat. Models... they’re just like us <3 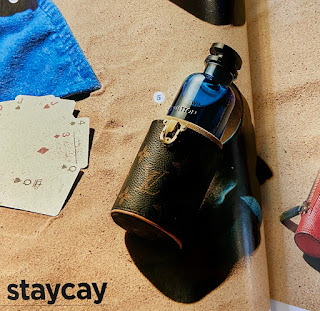 GQ’s Staycation must-have items. If you were stranded on a desert island and you could only bring one item with you, what would it be? Duh! A £325 Louis Vuitton bottle holder, of course! Anyone who’s watched at least one episode of Lost would know that. 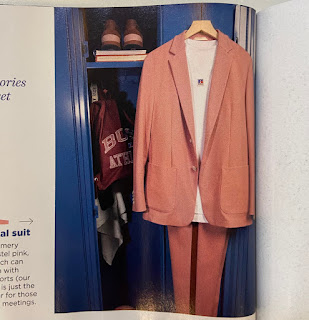 The casual suit. Summery shades of pink. “Just the thing to wear for those pesky Zoom meetings,” GQ says. That is, if you’re trying to be a victim of bullying in the workplace. I would also like to add that this suit would look good on a very limited number of people and I of course happen to be one of them. 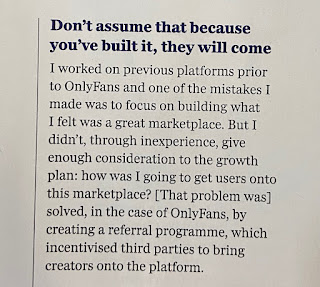 Tim Stokely, founder and CEO of Only Fans, had something to say about his company's business model: “Don’t assume that because you’ve built it, they will come.” Oh... but they will. 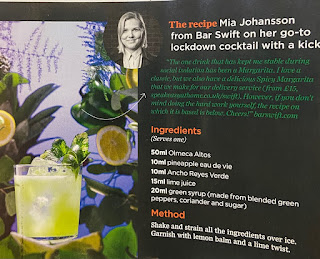 Mia Johansson, whom of course we all know, shares the recipe for the drink that kept her stable during lockdown (It’s a screwdriver with three drops of Prozac for me, you’ll thank me later). Anyway, her recipe for a Margarita includes something called pineapple eau de vie and Ancho Reyes Verde. Mia, hear me out, if I can’t find the ingredients at the Big Tesco on Roman Road, I simply am not making it. Periodt. 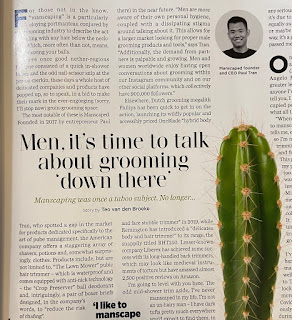 Le piece de resistance of this edition: “Men, it’s time to talk about grooming down there”. First of all, no it isn’t.  This piece is penned by a writer called Teo van den Broeke* (I don’t know Teo but his name is enough for me to know that we probably could never be friends). Here’s the standout quote in the article: “Men are more aware of their personal hygiene, coupled with the dissipating stigma around talking about it.” Once again I confirm my role as trendsetter, having pioneered personal hygiene at a time where it was controversial and stigmatised. Vive le three-in-one body-wash, lads! 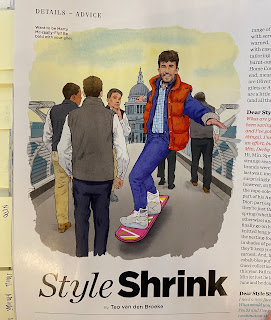 I love the Style Shrink advice page (also by my nemesis Teo van den Broken). Tom from West Ham asks where the fashion jury stands on gilets. Forget what Teo says (spending £1,770 on a gilet? Teo what planet is you on mate) and listen to me: there are many ways to go about your midlife crisis and buying a gilet is not one of them. (I reserve the right to change my mind in case I find out that I look hot in a gilet in which case go off Tom from West Ham I’ll see you at Westfield Stratford). 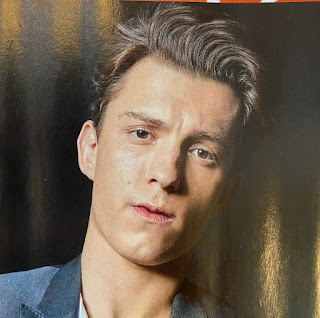 GQ cover feature: a profile of the talented and handsome Tom Holland. The jury is still out on whether he does indeed have a great jawline or he simply looks like he is storing peanuts in his cheeks.
11) 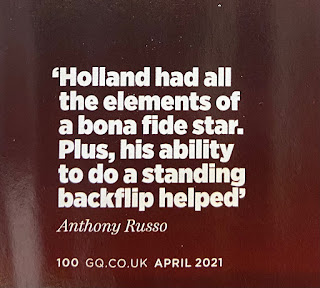 “Holland had all the elements of a bona fide star. Plus his ability to do a standing backflip helped.” Honestly? Same.
A piece about Cameo.com, a website where you can pay your favourite celebrities to record a video message for you. I haven’t read it but… a happy birthday video from Bethenny Frankel from the Real Housewives of NYC? You can have all my money.
13) 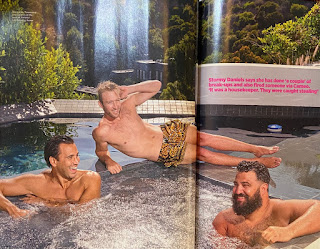 Also here’s a photo of the founders of Cameo.com. Three bros chilling in the hot tub less than two feet apart. And yet, they’re not gay.
14) 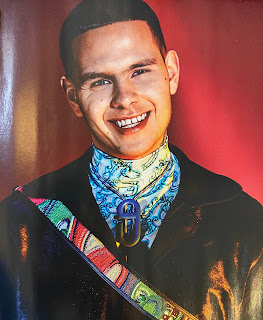 Rapper Slowthai in Dior. I would wear what he’s wearing. But I would smile with less confidence.
15) 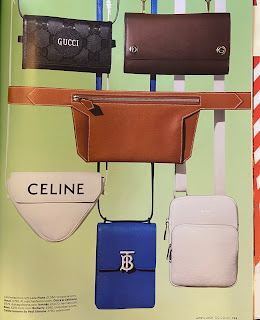 A whole spread about “rocking your body wallet!” It’s a purse, Frank. Just call it like it is.
*Here’s hoping Teo doesn’t have a google alert on his name.

The Love Series: Dressed For The Occasion

October 04, 2019
I think we’ve all been there before. You’ve finally managed to bag a hot date. You approach the whole operation with scientific precision and military discipline. You pick the best time for both of you, scour Yelp for the cheapest restaurants with a minimum hygiene rating of 4/5 and proceed to send your location to the group chat so your friends know where to find your lifeless body in case your date turns out to be the millennial Ted Bundy/Aileen Wuornos. Everything is ready, planned to the last detail. But then the big day comes and, oh shit… you have nothing to wear. You lean into your closet and ouch, all you can see is a blurry cluster of old, faded, Salvation Army-ish items that all of your friends will promptly veto and report to the authorities (wearing them in public would indeed qualify as a lewd act) the moment they receive your panicked snaps. It’s like Primark’s reduced section on steroids. A felt jacket? Too shabby. A funky silk shirt with oriental patterns? too
3 comments
Read more

February 13, 2016
This was meant to happen, sooner or later. I bet you all saw this coming. I mean, everyone who knows me has heard me complaining about any form of public transport at least once. And after spending one year in the busiest city in the world, where the tube is basically a national institution just like the Queen and cucumbers in sandwiches, I am ready to speak out. Even though I promised myself that I wasn't going to merely look through all the legendary stereotypes about public means of transport, the circumstances force me to mention at least some of them, clearly enriched with the inedited shades of absurdity that have been coloring my life since its very beginning. I'd start by describing you one of the most uncomfortable situation that my daily life offers me. No, wait, I'll reword this.  I am not talking of one particular episode. I mean, that's it: my life is an uncomfortable situation. But let's start from the beginning. I wake u
14 comments
Read more