A fruitless reflection on adulthood

Yesterday night I did not have the energy to put up with people’s nonsense so I popped into a pub to drink a pint of Australian lager on my own. I sat down a on a worn-out leather couch, put on my headphones and played some Robyn. I twiddled my thumbs, checked my emails and made a mental note to buy hairspray and fresh limes on my way home.


I looked at the old couch I was sitting on and initiated a mental calculation of how many people may have had sex on it. I am aware that no one has full sexual intercourse in pubs (not the pubs that I go to, anyway). But that sofa is so old that it was probably second or third hand when it was bought so it must have had a life that not me nor the owners of the place are aware of. I wouldn’t be surprised if some of the fellow pub-goers were conceived on that very same couch on a steamy night in 1987 to the tune of Tiffany’s I Think We’re Alone Now.

I tried to focus my attention on the people around me. I scanned the place from left to right, zooming in on the parts I deemed most fascinating. Like a real life Instagram but without stupid dog filters or gross hashtags misuse. There was nothing particularly amusing or interesting about them. Just regular interactions between friends, strangers, lovers and business partners ingesting large quantities of fermented sugar starch.  I looked at them and marvelled at how satisfied (or blissfully unaware) they seemed about themselves and their lives and who they are and what they represent and what they’ve done up to that point and the direction in which they’re headed, etc. 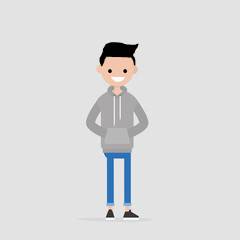 It’s not like I asked them, though. Surely they have their fair share of struggles, dreams and hopes and doubts and sorrows. That’s why most of them wind up at the pub, anyway. But their problems are still normal problems, they are shared and understood by most of their peers, talking about them is a bonding ritual, fostering a universalized sense of communion among regular human beings with regular human problems. They all have that unmistakable regular human glow that is really hard to miss.

I don’t have that glow. For better and for worse, I don’t feel like a regular human being. I was denied the membership to the NPC (Normal People Club) at age six when I stopped watching SpongeBob Square Pants and became convinced that I was the Vampire Slayer of my generation. Even my problems feel slightly more intricate and nuanced and fundamentally unsolvable than my friends’. Maybe because they’re mine. Possibly as I get older I’ll realise that my issues were not so unique after all but for now I do believe that I am worthy of a prime spot on Dr Phil’s show.

Anyway, the people in the pub made me wonder if I’m doing this adulthood thing right or if I am unconsciously making a series of lethal decisions that will inevitably result in celibacy, unemployment, death - or worse - baldness.

From the outside it looks like I’m nailing it. I always pay the bills on time. I periodically descale the dishwasher. I don’t eat candy after brushing my teeth and I make my bed every morning. That’s peak adult right there.

But even though I rushed into maturity with the same eagerness as when I hurry to toilet when I forget to have Lactaid with my ice-cream, I can’t help but feeling that maybe all this middle-aged wisdom I claim, the Christmas cards, carpet cleaning products and whiskeys on the rocks are just a tool to distract myself from the fact that I’m stuck in some kind of emotional adolescence where everything feels as intense and dramatic and weird as it was (or should have been) when I was fifteen.

I look at the people around me and Jesus, everyone is a mess in one way or another. But there’s a recognisable pattern in their messiness, it’s in line with their age ad their stage of emotional development and other generational/geographical/environmental factors. I, on the other hand, am a weird hybrid between a hormonal teenager who’s equally terrified and excited about the future and an exhausted pensioner with the agonising look of the man who’s seen it all.

And maybe that’s the key right there. Some of the experiences I have lived through have taught me things that most people only have to reflect on later in life. But in the meantime, I missed out on that teenage melodrama that turns into a stepping stone to access the next stage of your emotional development. There’s a big gap to fill, a long bridge to build and a hell of an uncomfortable hike towards self-completion.

Changing the order of things, giving up on some experiences to make room for others (not that I had a choice in the matter), and overthinking all of this… that kind of stuff is what makes me atypical (it’s a neutral word, so I’ll take it). And without the aid of a time machine or, even better, divine intervention, there’s no changing that. And either way I’m not sure I would want to change anything at all.

I don’t know. I’m generally fine but I also sometimes stop to think that I’m in a pretty weird place. It’s the kind of feeling you get when you google a fairly specific question and you realise that no one has asked it before, not even on Reedit. There’s no map, no blueprint. Just me, sitting in a pub, trying to learn from seemingly normal people what it could possibly mean to be normal.