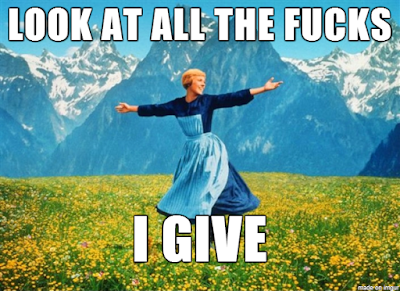 So three months ago I started a new job. I was really thrilled at the opportunity to work for a national broadcaster and I was determined to make a good impression.

I did my best: I tried to be as presentable as possible despite my hate for ironing or any form of clothes flattening, I became extra careful with the way I talk or the words I choose and - of course – I doubled the amount of effort that I put into pretty much everything I was asked to do.

For about 24 hours, I succeeded in my attempt to appear smart yet humble, ambitious yet poised, respectable yet easily accessible. I answered questions about foreign politics, social issues and international trade.

Everything was going extremely well. Until of course someone asked me my middle name.

Awkwardness and dismay filled the room.

“Yes, but you can call me Val!” I replied cheekily while unintentionally throwing a vintage pop-reference to the 1980s masterpiece 'You Can Call Me Al'.

I couldn’t understand why everybody was looking at me as if I had just confessed that I don't like Harry Potter (which I don’t).

What I didn’t know, though, is that the question I heard (“what’s your middle name?”) was different from the one they asked, (“what’s your SECOND name?”).

When I realised, it was too late. I just told a room full of journalists that I don't have a surname. Like I'm fucking Cher or something. I wanted to bury myself under the filthy newsroom carpets and never resurface until every memory of me and of that interaction would be erased forever.

I laughed for days just thinking about it. And I bet that made me look even more bizarre to the eyes of my oblivious colleagues. Instead of beating myself up, I understood that the only sensible thing to do it about it was to laugh and, ultimately, refuse to care.

It is an extremely liberating feeling. When something annoying/unfortunate/bad happens to you because of a mistake you made or even a simple distraction, your first instinct is to think “uh, I should have done this and that” or “why am I so stupid and sloppy?”

But lately, after years of brutal self-flagellation, I’ve come to an astonishing realisation. It wasn’t a sudden epiphany, a life-changing moment. It slowly crept into my consciousness and, although I haven’t embraced it completely, I can’t help but feel utterly and unquestionably fascinated by it.

When you realise that some things are beyond your control, when you can’t go back in time and no amount of self-recrimination can make it better, the only thing left to do is, well, stop giving a damn.
Oh, I said it. And boy, does it feel good.

How novel, you must think. In literally every bookshop I’ve been to in the past two years I have seen an abundance of titles on the topic (see The Life-Changing Magic of Not Giving a F**k  or
The Subtle Art of Not Giving a F*ck) and the fact that they keep on being reprinted tells us something about the increasing popularity of this Modus Vivendi that I now find myself contemplating.

Saying something silly doesn’t make you silly. Eating red meat two times in a week is not going to kill you. And that spelling mistake in the email you sent?  People are too busy to notice or care!

It’s this kind of thing. The small stuff and the big stuff. The fact that it’s true that, as that old guy once said, it takes a lifetime to build a reputation and a minute to destroy it. And while we should endeavour to preserve our image by not leaking our nudes on the internet or publicly supporting Nigel Farage, this doesn’t mean that we have to go through life feeling terrified of every little misstep or slip up.

Embarrassing shit happens all the time. And there’s always more to come. I gave you a silly example, the second name thing, but this applies to the bigger stuff, too.

I chose not to care. I tried to be as careful as one should be when in a professional environment. But I tried (to the best of my ability) not to torture myself for the silly stuff I inevitably did. And three months into my new job people seem quite happy with me and my occasional epic fail has not prevented me from enjoying it and accomplishing great things in my own way.

Some worries are just not worth it, and the sooner you stop caring the sooner you can move on and do all the things you’re supposed to do without that little annoying voice in your head telling you that you suck because of that one mistake you did 1998. Live free, work hard and keep on not giving a damn!