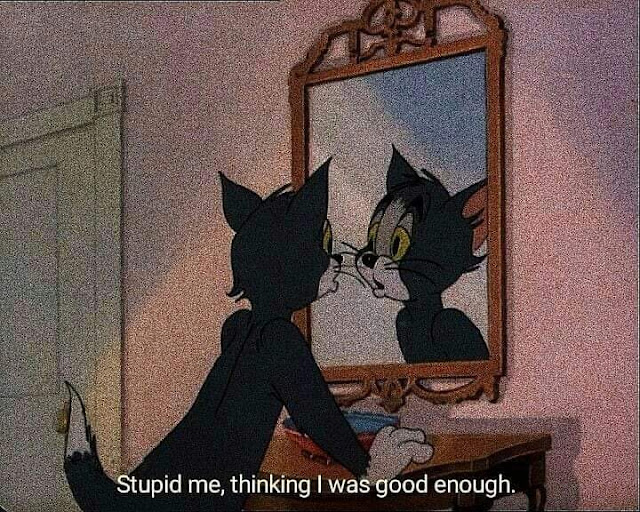 Is there anything more pathetic than an aging child prodigy? If I had to pinpoint the exact moment when the seeds of self-delusion were planted, I would probably have to go back to 2002, to a musty reception room in a small town elementary school on the outskirts of Naples, where a well-meaning teacher solemnly announced to my mother: “I have no doubt that he will become someone.”

I didn’t know what that meant but my mother ecstatically repeated it to my dad that night at dinner, who in turn reported it to my grandmother - next thing I knew, I was unofficially elected “most likely to succeed” in my family (which also translates to ‘’most likely to have a nervous breakdown in his early 20s when the realities of adult life will inevitably dismantle the castle of expectations cemented with years of groundless predictions on the future success of a child whose only interest at present is Pokemons and Mars bars).

Eighteen years later, I can confidently tell you that the level of self-delusion induced by years of being on the receiving end of these performance-based prophecies has effectively carried me to where I am today. I believed I could do it, so I did it - it was as simple as that.

I must however confess that sometimes I have these violent flashes of lucidity when I catch my reflection on the side of a bus while walking through Westminster with a folder under my arm (I don’t really need the folder but people take you more seriously if you’re carrying one). If I stop and think about it, I can’t help but see the paradox: how did this happen?

And I’m not the only one to think that! Day in and day out, I meet Westminster people, politicians and the likes, who take turns to politely ask me different versions of the same question: “Where about is your accent from, young man?”

I take great pleasure in witnessing the amusement on their faces, visibly puzzled by the contradiction of my presence in an environment where people typically don’t sound like me. But I too am amused - and I don’t mind being the funniest animal at the zoo. Let them remember me for something.

So I would say I’m doing quite well. From the outskirts of Naples to the heart of Westminster. As Kim K would say… not bad for a girl boy with no talent.

So how exactly did I come into my flop era? I spent years thinking I was the $hit - turns out I’m just shit (I know I am not shit but I really wanted to include this joke).

The pandemic, of course, exposed and exacerbated this uncomfortable reality. Bear with me while I walk you through the following metaphor: I think of my brother’s burgundy Vespa. He owned it for about seven years, and I was barely allowed to look at it – let alone take it out for a spin.

What a marvellous and elegant machine, I thought. It’s uncomfortable to think that, in the time he owned it, the scooter spent more time under a waterproof cover in my parents’ garden than whizzing through the lumpy streets of Naples in the hot southern spring.

He kept it behind a gate, sheltered from the elements it was built to weather and endure. I looked at it and wondered: is there anything more cruel than denying an object its only reason for existing?

Let’s imagine for a second that a Vespa is not a Vespa, but a sentient being, with feelings and nerves and the gift (or curse) of self-awareness and verbal communication. If I could jump over the gate, slip into the garage and make my way through the rusty bikes, If I could lift the waterproof cover and ask her a question, what would it be?

I try to conjure the image of a team of moustached engineers gathered in a smoke-filled boardroom in Pontedera in the 1960s. Is this what they had in mind for her?

A Vespa is the antithesis of stasis, it stands for nothing because it’s not built to sit still. It moves and - when it doesn’t - it roars. Its beauty is a means to an end, a way to enhance its reason to be and it can only be truly appreciated when the Vespa is in motion.

The machine works seamlessly but the gate is locked and the roads are shut. There’s a wall at both ends of the street, marking the perimeter of freedom (ah, the irony!). Parallel lines used to meet at infinity but life at the time of Corona is nothing but a segment. An A to B that wilfully ignores the complexity of the alphabet, stifling its potential, a limit to the otherwise endless possibilities of the anagrams of its existence.

It’s a cheap metaphor but it works well. I am a burgundy Vespa left to rot away in the sun and the rain, hidden under a cover because even the sight of it becomes a painful reminder of its unfulfilled potential.

It’s not ars gratia artis. Beauty is functional. The Vespa is built to withstand hiccups and malfunctions, but it’s not conceived for failure. It’s perfectly legitimate to crash it and scratch it. But there’s something undignified about leaving it to collect rust at the back of a garden.

You see where I’m going with this - and I apologise if this story is a mere exercise in self-pity. But I’ve earned the right. And yet, I am partly but not largely to blame for my flop era. It may not be apparent to others but I am flopping hard. It’s mostly my fault - my reluctance to wear the shoes of the average Joe I am turning out to be. I’ve spent the past years collecting sweet nothings, distracted by all the love and efforts I’ve generously misplaced.

My brother sold the Vespa and I don’t know what became of it. But if I met her again, and if I could ask her a question, it would be a wildly different question:

“Where do you go from here?”