No Such Thing as Safe Distance 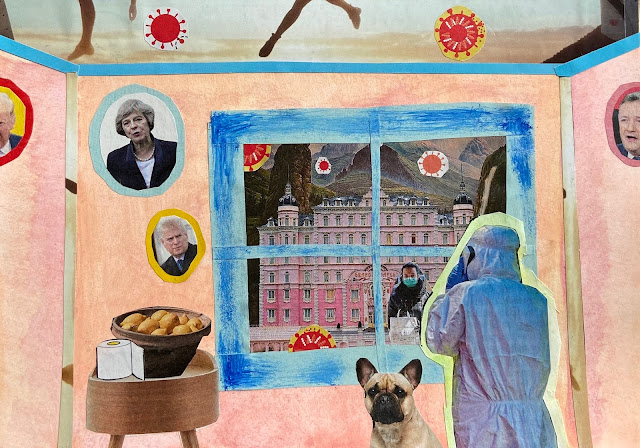 I have spent a great deal of time attempting to manage my feelings and not enough trying to understand them. I have, at different points in my life, experienced all the various emotions resulting from common life events: love, failure, relationship breakdown, bereavement. Then the world was hit by a global pandemic.

An unprecedented event for myself - and for a whole generation. My immediate reaction was the same as most people’s. Surprise, incredulity, fear – for myself, my parents, my friends. Panic, conspiracies, self-medicating. Exactly what I would expect from it. 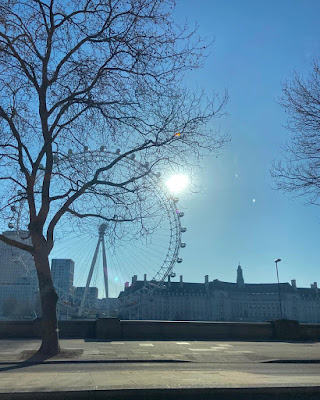 It’s a frightful state of affairs. The main focus is to try to survive. But there’s more. There’s got to be more. It would be silly, almost irresponsible, not to take the opportunity to reflect on the emotions resulting from this extraordinary set of circumstances, to learn from it things that otherwise we may never have questioned.

I have caught myself swimming against inexplicable waves of excitement and adrenaline since this tragedy started. I felt flushes of shame running through me as I grabbed large bags of pasta from the supermarket shelves and stocked up on canned goods and frozen vegetables. It’s not panic-buying if you do it gracefully, I told myself. It symptomised my fears in a way that was too disconcertingly obvious. The overflowing cupboards quickly turned into a manifestation of my weakness.

But I choose to feel like a hero instead. I convinced myself I was a little soldier on a mission to find food and hand-sanitiser to protect myself and my friends from an invisible enemy. Life as I knew it came to a halt, but I kept going. I sat at the back of an empty bus, facing the rear window, monitoring the paralysis of the city as the familiar landscape became wider and clearer in my reverse journey to work.

I contemplated the stillness. It was all I ever wanted. The pandemic fulfilled my dreams of control, placated my torrential possessiveness, humoured my unreasonable reluctance to share the place I love with the millions of people that make it great. 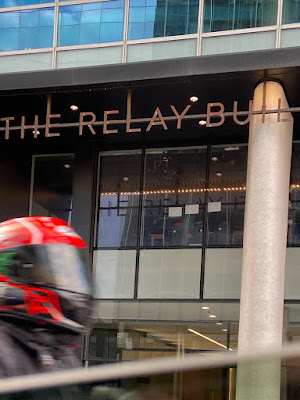 I have always felt a desperate desire to own the city, to be able to walk at my own pace, to not have to stand in a line. I wanted to move through the veins of this metropolis like I had the right to be there. And now I do. It shouldn’t feel right, but it does.

I woke up one morning in mid-March and I looked out the living room window while I sipped on a bad cup of coffee. My gaze rested on the usually busy street in east London that seemed to have slept through the alarm. The shutters were down. An old man walked his dog in a solitary act of defiance. The people that usually cram the streets and the shops and the cafes became faceless silhouettes, the plots of their lives unfolded between walls and behind windows, acting out scenes of forced domesticity while stuck in an endless Sunday afternoon.

It was a strange sensation that quickly turned into yet another self-serving narrative of triumph. I became convinced that my newfound sense of calm within the storm hailed from the feeling that while the rest of the world was plunged into hysteria, little had changed for me. I live in a permanent state of crisis, and now the rest of the world is beginning to catch up. But I have home court advantage; chaos is familiar territory. Everyone is struggling to stay afloat. But I’m levitating.

I am still gripped by fear, of course. Two, maybe three times a day. But it’s no different from the anguish that envelops me in more peaceful times. It’s not paralysing. Clarity is the gift of this quiet war that is being fought in every household, a battle where soldiers wear surgical masks and civilians protect each other by refusing to touch. 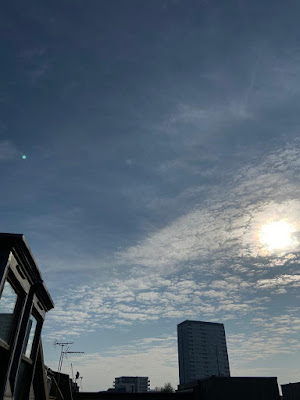 It’s a familiar feeling, but I have become better at recognising it, removing myself from the situation to focus on the story, to observe it from the outside, drawing the boundaries of its influence over me by accepting it as a physical reaction to environmental stimuli rather than a curse I just happened to be born under.

We are still at the initial stage and I - like everyone else - am still learning to navigate the intricacies of the new world, to understand its rules and their effect on me and the people I love. I repeat the same actions: shower, work, food, vodka. I keep reliving the same day and, when I’m not, I replay the hours and the minutes in my head, trying to make sense of the feeling of trepidation you experience when you’re waiting for something, but you can’t tell what.

What am I waiting for? For this to end? But the end’s not in sight. Am I expecting to get sick? Most likely. Am I waiting for the next wave to hit so that I can rise to the occasion? I’m not sure. I go from hypochondria to recklessness. I try to play God - but the shoes don’t fit.

I began to feel safe in the predictable emptiness of the city. A deadly virus circulated in the air, but I felt sheltered from the things and people that hurt me in the past. I was still part of life but I remained separate from the people I feared and only observed them from afar, as part of the theatre of shadows happening behind closed doors. Their lives are frozen in time - and therefore they can’t be more successful than me, or more lovable. They can’t hurt me again deliberately or indirectly with their arrogant displays of ordinary triumph. 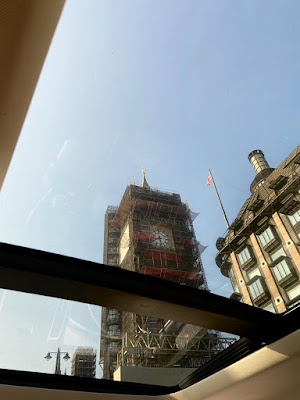 The other day I jumped into a taxi to go back home after work. I left Westminster, the red zone of the pandemic - and my life. We drove past the Southbank, through Tower Hill and Whitechapel, all the way to Hackney, where I live.

The roads were clear - with the exception of a double-decker bus and a couple of joggers. I rested my head on the window. Contemplating the fleeting feeling of tranquillity, a self-congratulatory response to my ability to adjust in the new reality, and occasionally thrive because of it.

The frail sense of peace came tumbling down when I spotted a familiar face in a familiar place. The two things didn’t belong to each other and the added value of their combined familiarity was lost on me. It was a sensation of calculated shock, an abrupt interruption of my false sense of security. It highlighted the inadequacy of my struggles to isolate myself from invisible dangers. It’s how I assume I would feel if, after months spent trying to avoid sickness, the test came back positive.

An apparition, the spectre of past love and present sorrow. And I saw it. You know it might happen, but you never think it will happen to you. The passing of time decelerated as I turned my head to make out the shape of a ghost in a ghost town. Flushes of memory-induced agony run through my body, an old fever that hasn’t left me since my system was contaminated by an invisible curse that sucks the air out of my lungs. I avoided contact but I still got sick. I tried to flatten the curve, to cough it out, but I just tripped on it as I stepped into the next wave of the crisis. Reality doesn’t keep a safe distance. It will hit you, invade you and shake you into consciousness until the fairytales you tell yourself to survive are exposed as pathetic lies.

I sat in the car, petrified. Driving past the manifestation of my disease. I was tempted to yell at the driver, ask him to pull the brake, slip out of the car with my bags and my baggage, and run towards it, tired of avoiding it. I want to push my luck, see if I’ll survive or finally die from it.

But much like the city, I remained still. The voices on the radio became muffled whispers as the driver and I took a U-turn into my personal hell. And there I was again, casualty of a pandemic of the soul: I put myself in lockdown, a modern form of emotive self-exile, but it did little to ease the waves of disquiet pushing through my body.

The months spent sanitising my capacity for feeling were not enough to protect me from the dire revelation that while the disease may be dormant, it’s still there, in the shape of a phantom standing in the middle of the road, waiting to cross. I got close, but I escaped it. I chose to avoid it. We took opposite directions. I went towards my home and, once again, it walked away from me. But I no longer feel safe. 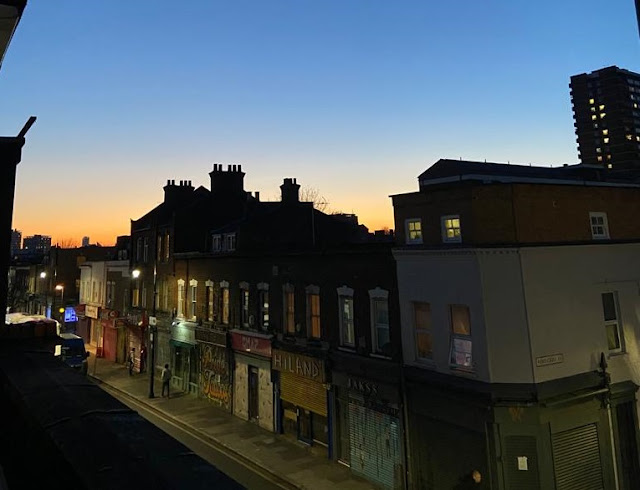