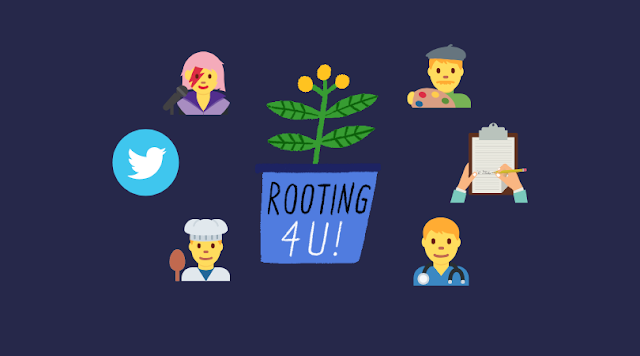 A few weeks ago, I came across this tweet:

It sparked a heated discussion in the magic land of Twitter, with many prominent members of the British Twitterverse sharing their stunning takes on the topic, since their contract clearly states that part of their duty as Twitter Writers is to ALWAYS find a way to make EVERYTHING about THEMSELVES lest they lose a chunk of their (mostly fake) followers who make them relevant to the eyes of the clueless editors who commission them in the name of social media engagement instead of decent journalism.

Now, if you’ll excuse me, the time has come for me to make this discussion about myself. But before we get into that, I would like to expand this conversation by including different occupations other than writer because this column is aimed at a mass audience (yes, all 14 of you) and not at a cult-like sect of twitter-verified scribblers who spend their days crafting self-congratulatory social-media posts that purposefully alienate a section of their audience (those with less than 5k followers) that they have inexplicably dismissed as unprofitable.

The original question was: should I stop dating someone who does not consume my work? But I would like to reframe it in a way that is not so harsh and definitive because dumping their ass because they don't read your abstract poetry seems a bit excessive to me. So I ask you: do you think a good partner should make an effort to consume (or attempt to consume) your work in order to show support? The answer is yes. And no. But mainly yes.

Allow me to valeriosplain the nuances of this conundrum by highlighting the most effective arguments that people on both sides have offered so far. For creative jobs, this is a non-brainer. If you pour so much time and energy into something, it follows that said thing is clearly very important to you (or else you wouldn’t be doing it). If your partner claims you are important to them, then it’s only natural to assume that he or she would take a healthy (and nobly forced, if necessary) interest in the very thing that drives you and motivates you.

If I were a musician, I would expect my significant other to show up at my gig and initiate a standing ovation when everyone else is ready to start throwing rotten tomatoes at me.

If I were an artist, my partner would be expected to show up at my performance art exhibition in Lower Clapton (the number with me reading Piers Morgan’s tweets in reverse to reveal the presence of satanic verses being the piéce de résistance, of course).

If I were a chef, I would expect you to at least pretend you enjoyed my latest transcendental recipe that combines genetically modified Himalayan corn and nigella seeds cultivated by Nepalese monks and lightly crushed by a coven of albino witches who hide in the Norwegian Tundra. And no, your gluten intolerance is NOT a valid excuse.

There’s always an exception, of course. One of these is… work that requires a specialist knowledge to be consumed that your partner may not necessarily possess. Why would Cindy, who is a primary school teacher married to neuro-surgeon Archibald, want to spend 50 minutes reading an academic journal entry on ‘Micro-Scaled Method Holds Promise as Improved Prostate Cancer Diagnostic Platform?’ Nope, Archibald. We love you - but it ain’t happening.

You get where I’m going with this. I obviously can’t speak for Cindy and her husband. But I can certainly speak for myself. I’m a journalist and writer – and I won’t lie to you, a blatant and repeated lack of interest in my craft would certainly be seen as a red flag. No buts, no ifs. It’s not rocket science, it’s pop-journalism – you can handle it, sweeties.

I’m all about free will (like our Lord Jesus Christ would have wanted to) but if you’re willing to sit through two hours of Jake Whitehall making jokes about his penis, or waste time on a Buzzfeed quiz to find out which STD you are, then don’t come to me and tell me you couldn’t spend five minutes reading my bloody 600 word article, ‘cause that is bovine excrement (aka bullshit) - and I won’t have any of it.

On more than one occasion, I’ve had to force myself to conjure an interest in several, deeply uninteresting subjects in the name of conjugal support. If I could sit through two hours of my then romantic interest outlining the 17 main arguments in favour of paper straws as part of a panel of six then you can definitely read my article about how Instagram has contributed to the evolution of booty calls. It’s as simple as that. I'm not necessarily arguing that your partner should be your biggest fan. But at least a mid-sized one? A part-time stan? Is that too much to ask?

I don’t believe in nice gestures having a transactional nature but a certain sense of gratitude/cosmical justice would bring obvious benefits to a relationship as an often necessary reminder that love is not professed with words but shown with actions and that the enlightened path to a loving relationship is, famously, a two-way street.  And if you’re not willing to meet me halfway, you might as well pack your tote-bag, jump on your hoverboard and hit the road. Needless to say, you are NOT getting a mention in my Pulitzer Prize acceptance speech.