"I really don't know love at all" 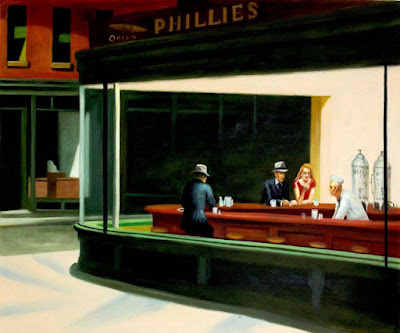 This is article– or possible series of articles – is the result of months of Guantanamo-style interrogations to friends and acquaintances who are or have been in a relationship (or the millennial equivalent of a relationship - whatever that is). That’s where I know most of this stuff from - I get the rest from Joni Mitchell songs and random Caribbean poets.

These dialogues triggered a series of reflections on love, longing, loss and all that mushy mumbo jumbo. I observe and listen and ask questions. In particular, there is a question that no one has been able to answer - one that I often don’t have the courage to ask.

How fucking mental do you have to be let yourself fall for someone?

Unless you intend to hurt yourself… would you jump off a plane without a parachute? Would you French kiss someone with Ebola? Would you put your hand on an open flame?

The cue is in the word. Fall.

The whole concept of falling automatically implies an impact, a commotion - something that may easily break you. Why would you expose yourself to that kind of danger? Why would you wilfully let yourself fall?

I know that this argument borders on stale clichés that cause uncontrollable eye-rolling in most people including me (better to have loved and lost than never to have loved at all, yada yada) but the situation is, well, a lot more nuanced than that. And for the record, I am also vaguely familiar with the ways in which real love is really worth the risk. But I don’t want to talk about that now. Before you get there, you have to let yourself get past the point of being afraid to fall and crash and burn. And that’s what I want to focus on now.

People have been trying to figure this stuff out for centuries – scientists, doctors, chiropractors -with very little success. Even Joni Mitchell, universally accepted as the one and only priestess of love, admitted it: “I really don’t know love at all.” But there’s no science or method in my reasoning. It’s a mix of instinct and assumption - with a touch of anecdotal evidence. It’s not universal – but I trust that some of you might see something of yourself in my words.

My speculative and factually worthless theory is therefore very simple. Before we fall in love, we’re either in a good place, stable and content with ourselves, or in a bad place, lonely and possibly broken, waiting for someone to come along and rescue us. Whatever category you belong to… love is a Russian roulette. Whether you’re happy or sad, the gun’s not going to care and – quite literally - you’ll never know what hit you.

If you’re a happy individual, falling in love might mercilessly strip you of that happiness. If you’re miserable, it might magnify the pain and serve you the final blow. This doesn’t seem to stop us, though. We blindly jump into the ring of fire – indifferent to the cost of our actions.

Are we to blame for this?  Is love a choice or an accident that just happens to us? It might be a fortuitous event but we must claim at least some responsibility for it. Einstein said it first: “You can’t blame gravity for falling in love.”

On some level, we do make a conscious choice to abandon ourselves to a state of vulnerability that in any other scenario would be strongly discouraged for its recklessness.

We give up some of our independence to instil an inescapable need that we can’t satisfy – and we’ll be at the mercy of another person who, with the snap of a finger, will determine whether we’re going to have a good day or a miserable fucking week. We end up hurting ourselves in the attempt to meet this primal need to be loved, to feel whole.

I don’t want to be dramatic – but this specific topic calls for it. I have a strong sense of self and I often think that I’ve been through too much shit to jeopardise my inner peace. For a long time, I was starved of it and that’s why, when it comes to happiness, I just won’t tolerate any waste.
And if you’re one of those overly-sentient beings that feel too much too often then you’ll know what I’m talking about. This is why I’m frightened, pretty much all the time, at the thought of falling. Love is great, it really is– but there’s so much to lose.

Despite all of this – or maybe because of it - love was and still is one of the most fascinating human experiences to me. Of all the weird shit people are into – love is the one that never ceases to amaze me for its weirdness – and its greatness. I’m scared shitless of it – I won’t lie to you. But if I stand by my motto - borrowed from my hero Nora Ephron - that “Everything Is Copy” then I must be stay open to it, because in life as in writing, it really doesn’t get better than love… and its side effects, whether that’s plain heartbreak or atrocious, scorching, life-sucking heartburn.