Short Story: "Picking up where we left off" 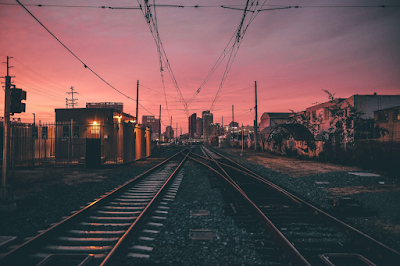 Iris had listened attentively to all his words, her face covered by a veil of graceful melancholy.

She paused for a second, trying to compose herself.

She glanced at the mountains, their geometric silhouettes calmly burning in the indigo sky, then took his hand: “Gaining a clearer understanding of the world and how it works is a paradoxically confusing experience.  I have always assumed that, as you get older, you kind of learn to figure stuff out, you find the key to handle life, you finally take control.

As it turns out, growing up is a painful experience. Or at least it has been for me. You slowly strip yourself of layers of childish obliviousness. The same obliviousness that protected you from the harsh realities of an often unpleasant world. Once you leave it you’re naked, vulnerable, exposed.

At first, it’s just a crack, almost invisible to the human eye. The years go by and the cracks extends, it widens, it splits you in the middle. Before you know it, you’re broken,” she said, drawing an imaginary line on her chest with her snow-white piano fingers.

“I’m a bit of a mess these days,” she continued, “I find myself torn between apathy and burning rage.
It’s the passing of time that bothers me, too, the mounting awareness that the party will be over, eventually. And just like you, I am seemingly unable to enjoy the best part of it.

I know they’re thinking: what does a twenty-year-old know about the passing of time anyway? Why would you presume to know anything about this damn party and when it finishes and what the best part it’s supposed to be?

I used to watch movies and find delight in those amazing stories, the intricate plots, the kaleidoscopic characters, the evocative settings. And you know why? I was sure that one day I would have something like that. I lived in trepidation, a never-ending feeling of anticipation, the clear vision of the day when life would finally feel like a movie.

I still watch movies, but some of them don’t speak to me anymore, not in the same way.  I watch them, and instead of swimming in the excitement I drown in a bottomless pond of nostalgia, dragged down by the sharp feeling of loss for what can no longer be.

I am quite young, yet old enough to have to give up some dreams because I’m too late for them. And I’m okay with that, I guess. It pains me and it breaks me, but I am not going to get in another hopeless fight. I've had enough early defeats for one life.

But I haven’t given up just yet, and neither should you. We are flame, slave of the wind, casting long shadows over each other, maybe weaker than before... but God, you feel this pain? this rage? this sorrow? It means that it's not over, that we're still here, that we’ll keep on burning,  that maybe - after all - we'll be the last lights to go off at this beautiful, strange party."