''Syndrome of the wrong train'': city nights and unexpected encounters 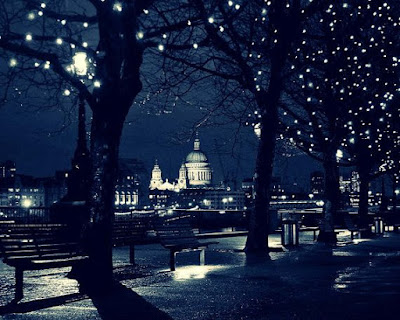 It’s been going on for so long. I still don’t know if there is a clinical definition for this particular mental disorder... anyway, it doesn’t really matter: I call it '' syndrome of the wrong train ''.

Mine is a rare case, extremely serious, almost incurable. Everyday, I pay a high price for this kind of mistake and it has often dragged me into dangerous and unpleasant situations.

More than once I found myself having to wander alone in dark and isolated streets in the middle of the night. But the real problem lies in the fact that the night in the city is not like the night in a quiet Italian village: the streets are emptied and all the men in suits and the elegant ladies in tailleurs are sucked into a vortex that inevitably culminates in a nice central apartment or a dirty old hovel in zone 4.

The night is like a filter: the figures of the day are dissolved in a smokey cloud and those who stay in the streets are nameless and homeless people: pale and hollowed faces who bow down at your feet for you to give them some change on your way out of Tesco 24/7.

The night in the city is no joke. A wrong train, a disrupted bus, a blocked road: you are alone and good luck to you.

There are things and people that cannot simply be part of a story: they ARE a story.

So it begins.
After an endless ten hours shift I left the hotel where I worked to go back home: three trains, two changes, usual journey.

I was about to take the third train: only one stop to my house, two minutes in all. Yes, I could walk up to my flat, it was only ten minutes away, but I didn’t feel like walking.

And here comes the train: I sat down and lay my head on the window. I realized shortly after that the train was brand new, spacious, never seen before in my journeys to and from work. It looked more like a wagon for long trips, not a dirty and stuffy urban train. The doors closed and the train started running: as I found out a little later, no short-term stops were expected. After a minute I got up – I’m almost there- I thought. The train did not show any sign of  deceleration and continued to run: the lights of my stop were like a flash, a fast click that left me perplexed and confused.

It was a fast train, and the next stop was 50 minutes away. Here we go once again. Old story, new wagon: damn syndrome of the wrong train. I sat back, unresisting, contemplating the consequences of my clumsiness. I unwrapped a sandwich and started eating it, quietly, careful not to wake the woman who was sleeping next to me with her arms folded and mouth open. I tried to collect all the mental energy to find a solution to the problem. '' Where am I going? '' - I wondered - '' When will I get home? Am I gonna spend the night out? ''. My anxiety, life-time companion, began devouring me from within. Yet I knew that it was just the beginning of a long, long night.

Almost an hour later I was in a dark and isolated station in the middle of nowhere: there were only a few houses and a large road with narrow sidewalks poorly lit by the lights of a few closed shops. The only employee of the station was a black woman, focused on the closing operations. I stood outside the window and, through the hole cut in the thick layer of glass, I asked her:
'' Excuse me, Madam, do you know how I get back to my neighborhood? ''
'' No more trains to London, darling. I'm sorry ''

And in that moment I learned two extremely important facts: first, that I was no longer in London (and I had always believed London to be virtually infinite), second, that I was hopelessly screwed.

No trains, no buses, only expensive taxis that I couldn’t afford. I decided to play my last card, advise of a wise flat-mate, and call Uber, alternative taxi service run by semi-private drivers. A stroke of luck in the worst misfortune: on the screen of my phone a picture of a woman appeared, but I didn’t pay attention. I read the message sent to me through the app: driver Deborah is coming to get you, she is expected in seven minutes. I breathed a sigh of relief, and waited.

Five minutes later I saw a black car approaching and before I had time to identify the car brand, I noticed a woman sticking out of the window, looking for someone or something. I waved my hand and I approached the car, getting on the back seat: that was Deborah, a former firefighter, middle-aged woman who works as a night driver: she smiled to me, revealing her perfect teeth.

Her face, painted with wrinkles, looked like a bas-relief of a skilled craftsman, and I have reason to believe that, some years ago, it must have captured the attention of many English young boys: at first sight she looked like Jamie Lee Curtis, the popular ‘scream queen’ of the 70s horror.

I greeted her politely, thanking her for getting me out of that mess. She smiled at me and described the last passenger who got in that car: a drunk guy who could barely stand up. '' I wonder how he managed to call a taxi in those conditions '', confesses quietly and with extreme politeness, almost as if trying not to embarrass the previous customer.

Encouraged by her positive attitude I decided to smile back and started explaining her my misadventure from the very beginning. In the meantime she listened with lively participation, answering my questions and asking back with genuine interest.

I talked about my work, my family, my friends, the passion for journalism that led me to England and the university I am about to start. From the rearview mirror I could only see her eyes: when she smiled she squinted them, highlighting the symmetric web of wrinkles that surround her eyes.

She comforted me and reassured me, by saying that I will find a better job, that a person like me will go far in life, that my passion is real and tangible, that she can feel it, that I am a brave young man and my parents should be proud of me.

She laughed heartily when I told her about my total inability to drive and my hopeless clumsiness when it comes to any type of sport or manual activity.

She compared me to her daughter, that drives almost as terribly as  I do.

Her bright smile was slightly eclipsed when I asked her why she had to stop working as a firewoman: she briefly mentioned an accident, stopped talking. She looks at me and starts smiling again. She politely avoided the question, without losing her untouchable grace.

We continued to travel. Time flew by. And Deborah knew that I had to work two days to cover the cost of that ride. Long before we arrived in my neighborhood, she turned off the meter: '' That’s it from today, from now it’s on me’’.

That night had started as a nightmare. At the end, unexpectedly, it became a daydream. In days spent between endless silences and sterile efforts, the company of Deborah filled me with a new energy.
Last survivor of a long gone species, Deborah shone like a star orbiting in the dark realm of indifference and false courtesy, greeting me with a long forgotten human warmth that I no longer expected to find in this cold and lonely land.

She took me home safely, and left me with the promise to always read what I write and become my personal driver '' when I get rich and famous ''. I thanked her by promising her the only thing I could afford to give her: a story.

This is her story.